A BALANCED CHRISTIAN HOME:”MONEY IS TRYING TO DIVIDE US”PART II 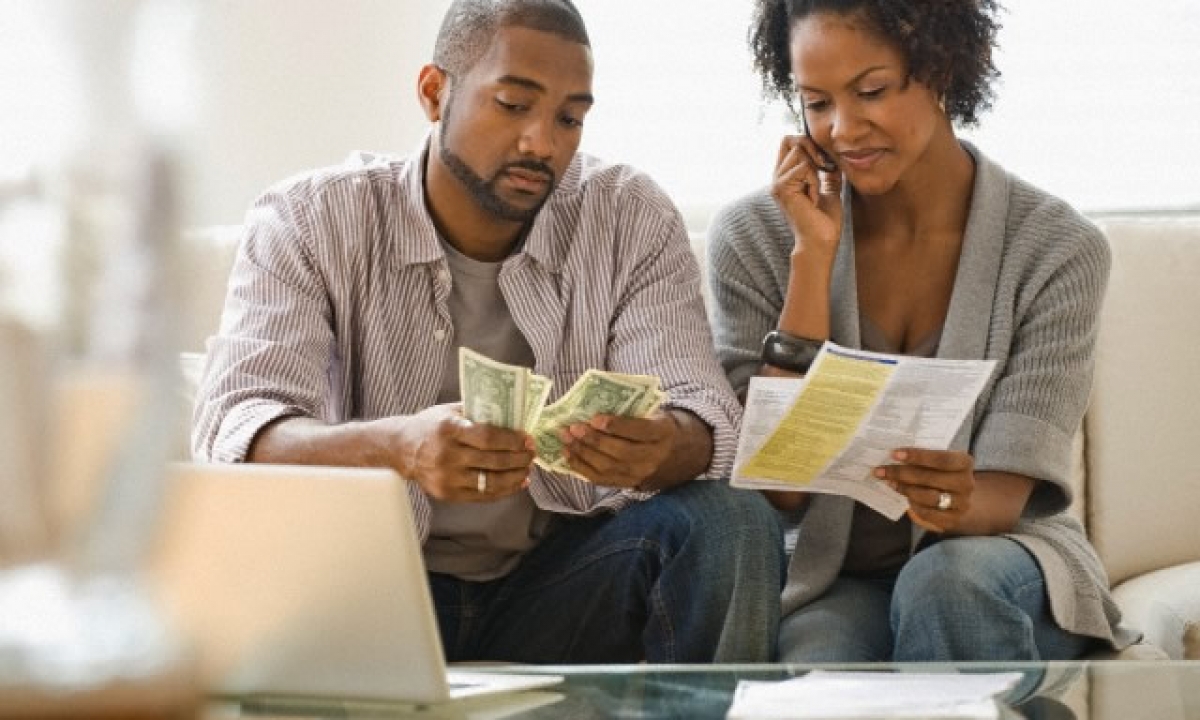 A BALANCED CHRISTIAN HOME:”MONEY IS TRYING TO DIVIDE US”PART II

A member of a Christian couple attended a Christian gathering and felt lifted high in the spirit with no consideration for the partner who was absent from the meeting, made a pledge that she was going to donate her next salary for God’s work. By the end of the month she carried out her pledge. But the husband was disturbed greatly, realizing the number of children they had to cater for as well as other dependants and other needs. For the first time in their married life, the husband had to speak in a harsh way and the wife exclaimed, “So money is dividing us so soon! Why all the bullying on me? On that day they had to look at each other’s face. I will leave you in suspense to consider the extent to which the devil could use such a situation against the couple’s unity, all because of not counting the cost before making her pledge. Luke 14: 28-30. Definitely, there is need for adjustment when one is married. Here I would not say it is money, only dividing them but also lack of proper planning.

Imagine another who used to buy things for young converts, bring them home, feed and live together for as many days as the converts would love to continue.

On getting married, the brother continued with this system, to the extent that the wife started to worry, regarding the amount of money they spend in feeding outsiders, that is, the husband’s converts and several other visitors. On an occasion, she decided not to cook because she found out that she was cooking soup not less than 4 times a week.

The husband got angry and asked why that happened. She told the husband that he was lavishing their money on visitors. This discussion which started in a simple way got heated up to some extent that only the grace of God brought the situation to a calm. Even though there was calmness, the woman decided and stopped keeping joint account with the husband from that time for what she considered an unwise method of spending which she observed in her husband.

But the Bible correctly exhorts us not to be weary in doing good for thus Abraham entertained angels unawares. Gal. 6: 9-10; Hebrews 13:1-3. So it is not that you should not entertain visitor but be in agreement as to what percentage of your budget goes on any act of kindness.

Consider a Christian couple who started well, indeed like the bible in Genesis 2: 24 which says “for this reason will a man leave his father and mother…” This couple is a good example of leaving and cleaving, doing many things in unity having full confidence in each other even in financial matters. But at a time the woman started observing that there was what she considered a serious ‘Leakage’ in their purse from the husband’s side because he had to maintain three of his junior brothers: two in grammar school and one in primary school. Besides, there was the case of regular giving to Daddy and Mummy.

The wife then calculated how much was being spent on ‘her own side’ and she hesitated whether she should continue keeping joint account with her husband. One day she opened a fresh account and instructed that her salary be henceforth paid to the new account instead of the joint one she was running with her husband.

It was after two months that the husband realized what had happened. Nothing was forthcoming from the wife. He innocently called the wife and said, “Darling, they have been cheating you in your place of work for they have not paid your salary.” In the first instance the wife was afraid and was wondering whether to tell the truth or a lie, then she soliloquized, “Anyway as a Christian I shouldn’t tell a lie, but would that not cause a division in the home if he should know the true situation of things?” While still thinking of what to do the husband started to imagine that the wife must have been in the know of what happened since it took her so long a time to answer the simple question and so he asked again “Or have you asked them not to…” The wife interrupted, “Well you caused it. When you spent most of our money on other people, I am afraid we might never be able to execute any tangible project if we continue this way.” And so the devil was successful in driving a wedge of separation, at least financial, between the couple. Truly there is need for understanding between Christian couples and proper and agreed planning so that their prayers be not hindered. 1 Peter 3:7. Also there is need for bowel of mercy. Colossians 3:12; Prov.19:17; Deut. 15:7-11; Luke 6:38

There is the case of another couple. The wife loves annual ceremonies, like birthday celebration, marking wedding anniversary and related ceremonies. Unfortunately, the woman was just a housewife. She had to depend solely on the husband’s income for all her expenses. Because the man would not welcome such expenses, he kept explaining that his meager salary could not meet with such demands and that there was need to be frugal. The wife, whenever alone, kept questioning herself, “Is it because I am not working? I am such a pauper!” So she kept wondering how she could start some daily contribution out of the soup money the husband gave. Hence dishonesty started creeping into her way of life. She would try to buy things that are cheap, low quality stuffs and her husband noticed that her food was losing taste. Moreover she used every opportunity to scrape and gather money from her husband. On an occasion of her birthday, from her thrift, she had bought a particular attire and the husband was wondering how she got the money.

To cut the long story short, the husband became suspicious of his wife. This way again, money dealt a dividing blow into the couple and brought a wedge of dishonesty, suspicion and diminished confidence. Remember Achan – Joshua 7:20; 1 Tim.6:6-10 “The love of money is the root of all evil. Also the Bible warns us against living in pleasure. 1 John 2: 15-17. “Woe to them that are at ease in Zion.”(Amos 6:1).